Men and Women in the Qur’an 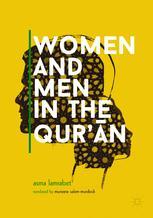 Men and Women in the Qur’an

Asma Lamrabet’s exploration of gender in the Qur’an is part of a movement among women within Islam to ask questions of the traditional, orthodox interpretations of the sacred text. Her premise is that without fresh interpretations, the message of the Qur’an is lost in the historical contexts that shaped early works of interpretation. Lamrabet bravely tackles the challenging issue of women and Islam, acknowledging the mostly negative perceptions created by media and the challenges of the politicisation of Islam that serves particular purposes. In addition, Lamrabet premises her argument on a distinction between the spiritual message of islam and the legal rules the have been created out of that message.

Rather than seek to tackle the multiple challenges of the place of women in Islam and the reality of their daily lives, Women and Men in the Qur’an addresses specifically some of the passages in the Qur’an that could be interpreted through a gender equality lens. Lamrabet advocates for a contextual historical referencing of the verses in order to provide a path for reinterpreting them in the light of contemporary complexities.

The book is divided into three sections: Women in Islam, a new approach; Women and men in the Qur’an, the key concepts; and Equality, the time of a revelation. In the first section Lamrabet problematises monolithic conceptualisations of Muslim women; the separation of women’s and men’s rights as though they should be different; reading the Qur’an without contextualisation of its revelation and interpretation; rendering interpretations as the revealed word; and the fragmentation of the Qur’an when reading and interpreting it.

In the second section Lamrabet introduces the principles, what she calls key concepts, that bring a fresh lens to understanding to how the Qur’an views women. She deals with creation, arguing that men and women were made from a single substance and that ‘… human relationships are spiritual and that it is the same sentiment of spirituality that binds all beings …’ even within their diversity. The role of men and women as God’s representative on earth and the intrinsic value of men and women before God that overcomes all diversity provide a basis from which she builds her argument for the egalitarian nature of the Qur’an. Lamrabet is critical of the failure of interpreters to acknowledge what she sees as the intrinsic nature of equality and egalitarianism fostered in the Qur’an, arguing that this equality is affirmed in the roles of women who are mentioned in the Qur’an. While she sees a shift in modern interpreters to acknowledge equality, she finds that they continue to affirm difference so as to normalise inequality in practice.

On a number of occasions Lamrabet is critical of the lag between what some acknowledge is the word of the Qur’an and the practices of Muslim societies today. She speaks of the ‘hegemony of power’ that pervades marital relationships, political stances, and social constructs.

In the third section she seeks to address this gap, and does this by identifying three areas that obstruct what she considers to the vision of the Qur’an: sociocultural, political and legal constructs. She considers patriarchal social norms to be a major barriers to the egalitarian message of the Qur’an, alongside cultural traditions and the ongoing dominance of authoritarian political cultures. She challenges Shari’a, calling to account those who have made it into a rule of submission that burdens women.

Her solution? Lamrabet calls for a radical transformation of the sciences that dominate interpretation of the Qur’an. She calls for reforms that reintroduce the inclusion of broader areas of study including philosophy, sociology, anthropology and modern legal sciences. She wants to see democratic spaces created that allow for and encourage fresh understandings of the Qur’an through a thorough contextualisation of the practices that should mark living its spiritual message.

Rather discouragingly, she also concludes that despite the egalitarian message of the Qur’an, it has almost never been realised after the Prophet. While she acknowledges there have been efforts over time to bring change, she considers these to have had little more than a superficial impact.

Lamrabet dedicated the book to Fatima Mernissi, and you feel the presence of Mernissi and her pioneering work in calling for fresh understandings of the Qur’an in Lamrabet’s writing.

This book joins a growing number of books that call for rereading and fresh interpretations of the Qur’an. Lambarent notes that this is still a minority voice, however her work adds weight to this small but vibrant set of voices. For those of us who are not Muslim, we do well to read this book, and others in this field, in order to understand the vitality of these new voices, especially those of women in this field. Women and Men in the Qur’an reminds us that women want to be faithful to their texts and are searching for renewal in order to be able to practice their religion faithfully.

While many dismiss these voices as a minority on the unrecognised edge of Islam, to do this fails to recognise the growing movement for renewal. I found the book very readable, with clear references from the Qur’an, recognition of the alternate readings, and a strong clarion call for change. It adds further weight to the calls for change within Islam coming from women, and for those of us with Muslim friends it opens our understanding to other ways of reading the sacred text.