Searching for Heaven in the Real World 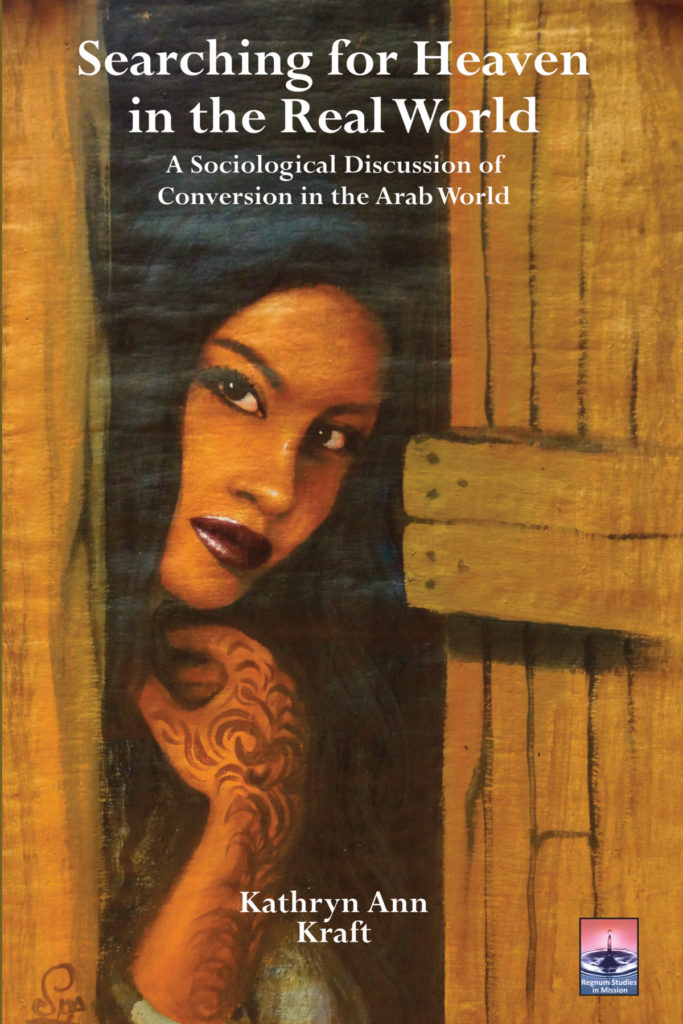 Searching for Heaven in the Real World

Book: Searching for Heaven in the Real World

Kathryn Ann Kraft’s book Searching for Heaven in the Real World is a ‘must read’ for everyone who is involved in the discipleship of Believers from a Muslim Background (BMBs) in the Arab world. As a sociologist Dr Kraft provides an in-depth analysis of how the BMBs she interviewed approach their lives.

Dr Kraft spent three years researching and formally interviewing 33 Arab BMBs from five different countries (mostly Egypt and Lebanon) from a range of socioeconomic backgrounds with half of her participants being women. While this research base is very diverse, as Dr Kraft notes, it was not possible to obtain interviews with BMBs from the Gulf or who remain immersed in their original Muslim community (who may be considered part of the Insider Movement). While written in an easily accessible style, this book demonstrates an effort to do rigorous research, despite the difficulties of obtaining this data, as well as an effort to represent Arab BMBs as accurately and sympathetically as possible.

One cannot help but appreciate Dr Kraft’s explanation for why Muslim Arabs convert to Christianity. She highlights the importance of both intellectual and emotional experiences in conversion, where emotional experiences could be through relationships, dreams or miracles, as well as discontent with Islam or strained relationships. Dr Kraft comments on the importance of relationships for female BMBs where interest in Christianity often starts through a relationship with either a Christian friend (female or male), close family member, or husband. The social networks of Muslim women play a more important role in their faith decision than for male BMBs.

Dr Kraft’s approach is sociological, exploring psychological and societal issues faced by Arab Muslims who have made a decision to follow Christ. BMBs have entered into a new faith with high expectations that have been shaped by their experience and society. Once they have converted, the reality is often different to their expectations and BMBs continue to search for an expression of heaven here in this real world.

Dr Kraft’s explanation of tawid, unity, is helpful as she explains belief in the unity and oneness of God influences the tawid of life, politics, religion, society, identity and community. This results in BMBs expecting that Christianity will offer a similar unified lifestyle, hence imitating the behaviour of Christians they know (paralleled with imitating the life of Mohammad) and yet sometimes maintaining Muslim rituals as an expression of unity with their Muslim family.

The influence of the tawid, unity within community, on the high expectations of BMBs for Christian community is further explored by Dr Kraft in her chapter on the umma, Islamic community. She notes that while those interviewed value the importance of tolerance and the freedom to make personal faith decision (which is controversial in the umma), they value “communal cohesiveness above individual expression and thus face a conflict of values between Christian individualism and Muslim communitarianism” (p.55). Those interviewed hoped to enter fully into their Christian community, but in places where there is a Christian-born community they found that they were not accepted in the same way. This demonstrates the importance for BMBs of gathering to form community. There is also a reminder to missionaries to make every effort to share every aspect of their life and community with the BMBs they are discipling. The protestant separation of church and state, personal finances and ministry finances, family life and work life is confusing and can come across as uncaring and selfish. In the area of finances Dr Kraft recommends the ‘Do No Harm’ approach (Anderson, Mary B., 1999)

Dr Kraft continues by explaining the sociological and psychological term of anomie, where BMBs experience intense disappointment, frustration and stress when their idealistic expectations are not met, and the joy following conversion results in an unfulfilled life with identity and community challenges. Many BMBs believe that this is unique, and the disappointment they experience from Arab Christians can cause them to have a false hope that if they immigrate to the west it will be better.

Dr Kraft explores how most BMBs experience incredible identity stress through not being able to legally become a Christian, as well as the social disconnect with their Muslim community because they have become a BMB.

One way that some BMBs interviewed remain part of their family without dishonouring their family is through a ‘Don’t ask, Don’t tell’ arrangement, where the family don’t ask anything about their behaviour and new identity as long as the BMB doesn’t tell anyone. As a result many BMBs live a dualistic life of being a Christian to Christians and a Muslim to their birth community. Dr Kraft points out that this takes psychological effort which over a prolonged period of time can cause stress-related illnesses.

Access to a community of BMBs and more experienced BMBs to provide a variety of models is essential for processing this identity stress. A suggestion by Dr Kraft is to separate one’s ethnicity from one’s religion, for example by separating Islamic identity from Muslim identity — social, historical, political, psychological (p. 102) — so that an BMB is ethnically an Arab Muslim who has a Christian religious identity which is held together by their unique convert identity. Identity redefinition is a complex and long process where BMBs experience confusion, danger, internal and social stress. The legal limitation and identity stress continues and remains difficult for BMB children.

It seems that most of the BMBs interviewed were discipled individually and maybe some of the sociological disconnect would be different if BMBs were coming to faith with others from their community. An evangelism and discipleship process of Muslims which shares the truth within the context of the family or friendship group, rather than through individual discipleship, could address this disconnect, and should be an area for future research.

CH is an Australian who grew up living overseas and has lived the last 13 years in the Middle East with her family. She now lives in multicultural Australia working with Culture Connect, Interserve, providing training in Cross Cultural communication and understanding.

Extending the bonds of kinship
August 1, 2022